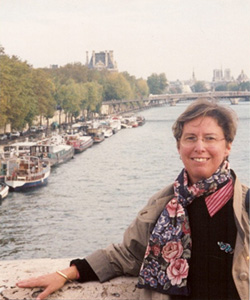 Beth had a national reputation as an authority and trainer on high conflict divorce and child custody disputes.  Her service to the profession was profound.  She served on the Board of the Michigan Psychological Association (MPA) for many years, and was President of the Association in 1996. She was named Michigan Distinguished Psychologist by MPA in 2000. She served as Chair of the Working Group on the Formation of an ABA/APA Institute on Marriage, Family, and Divorce from 1997 to 1999. She served on the American Psychological Association (APA) Committee on Legal Issues (COLI) from 1997-1999 and as Chair of COLI in 1999. She served as an Associate Member of the APA Ethics Committee from 2000 to 2002. She served as Secretary, then Vice President, and finally President of the American Academy of Forensic Psychology (AAFP) from 1996 to 2002.  She shared her expertise and knowledge by leading workshops on child and family issues for AAFP for many years.  Her workshops and publications – journal articles, book chapters, and a book – influenced the fields of psychological testing, the clinical interviewing of children, memory in children, and the application of law to mental health issues. 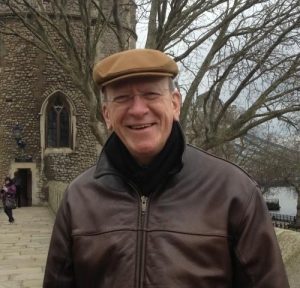 Charlie Clark had a national reputation as a highly respected authority on criminal competency, criminal responsibility, and ethics.  During his career he demonstrated a remarkable level of service to the profession.  Charlie spent a decade working for the Center of Forensic Psychiatry in Ann Arbor, Michigan, where he ultimately became Director of Psychology.  Charlie served on the Board of the Michigan Psychological Association (MPA) for many years, and was elected President of the Association in 1988.  From 1986 to 1989, he was Chairman of the MPA Ethics Committee, and Vice-Chairman between 1992 and 1993.  He was again elected President of MPA in 1991.  In 1993, he received the Distinguished Psychologist Award from MPA and the Meritorious Service Award from the American Board of Professional Psychology. He also served on the Board of the American Board of Forensic Psychology as Treasurer from 2004 to 2007 as President from 2008 to 2009; and as a member of the Board of Trustees from 2008 to 2009.  Charlie led workshops for the American Psychological Association and the American Academy of Forensic Psychology.  His workshops and numerous publications influenced the fields of psychological testing, forensic treatment, diminished capacity, and professional ethics.

*This award was previously named the Beth Clark Distinguished Service Contribution Award.  Charlie passed away in 2014 and in 2015 the name of the award was changed to reflect both of their contributions.

The American Academy of Forensic Psychology is a non-profit organization of board certified forensic psychologists. Our mission is to contribute to the development and maintenance of forensic psychology as a specialized field of study, research and practice.

We're not around right now. But you can send us an email and we'll get back to you, asap.